Dr. Christopher Bellitto, Professor of History, Kean University, author of 101 Questions and Answers about Popes and the Papacy suggests that the resignation of Pope Benedict and the election of Pope Francis had few if any precedents to follow. It will encourage future popes to do the same because of age or infirmity, but we’ve learned that some mistakes must be addressed to avoid uncertainty over who is true pope: dress and insignia, name and forms of address, publishing or being interviewed on controversial topics.

Christian Education and the Pandemic

Susan Tarr, retired librarian from the Library of Congress and active layperson discusses her activities in the church during Covid-19. The pandemic prompted a number of changes in providing Christian education for members at The Church of the Covenant (Presbyterian) in Arlington, VA. As an active layperson in the congregation, she described her interest in Christian education. With the development of the Covid-19 she was challenged to expand her familiarity with technology. She talked about involvement with two classes within the congregation: the adult Bible class and the confirmation class with youth. Her particular concern was for the youth. After her retirement from the Library of Congress where she was the Executive Director of the Federal Library and Information Center Committee for the last 10 years of a 30 year career in the system, she completed a Theological Studies degree at Wesley Seminary  in D.C. In the program she discussed how that educational experience prepared her for the challenges of teaching during this pandemic. 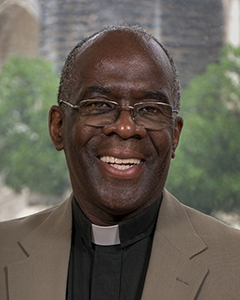 Bridges, Gaps, Brews and Views: A Path to Interfaith Engagement

Interfaith Connection’s executive producer and host Jackie Fuller joins Katy Giebenhain for a conversation about Fuller’s interfaith work in the Washington, D.C. Metro area and the upcoming Religion Communication Congress 2020 which is sponsored by The Religion Communicators Council.

Thank you to the Church of the Epiphany for kindly providing our interview site.